In English, we have been looking at a book called ‘The Orchard Book of Greek Myths’. This text aligns with our topic Ancient Greece and the children have really enjoyed learning about the different myths: the Minotaur, Odysseus, Daedalus and Icarus and Perseus and Medusa. The children have enjoyed taking part in some role playing, written fantastic descriptions, poetry and written in role of characters. More recently, the children have been reporters and have written some fantastic newspaper articles about Odysseus and his fight against the suitors. The children have planned their own Greek myths and will write their own myth using all of the techniques and features they have learnt over the term. 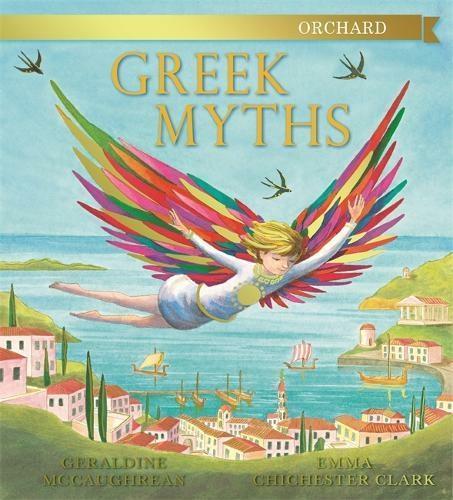 In Maths, the children have been using their knowledge of place value to demonstrate rounding to the nearest 10, 100 and 1000. They have partitioned numbers, rounded numbers, ordered and compared numbers and estimated. The children have also been working on Roman Numerals, as well as looking at the column method to add and subtract up to three and four digit numbers.  Towards the end of the term, the children recapped methods of the four operations and moved onto measurement specifically learning about area and perimeter.

During science this term, the children have been learning about materials and have carried out different experiments predicting the change to materials. The children learnt about the properties of different materials and thermal and electrical conductors. They carried out investigations to see which materials would be the best thermal insulator, which material would be the best electrical conductor and categorised the materials based on their properties. The children have recently been learning about forces. We have learnt about many difference forces and focused our learning on gravity, air resistance, water resistance and friction. We designed parachutes to test air resistance, we molded shapes and dropped them into water to test water resistance, we used Newton Meters to measure gravity and finally we tested different materials we could use for break pads to investigate friction.

The children have really been enjoying our topic of Ancient Greece. They began the term creating their own Olympic medals and designed their own Greek banquet. It was brilliant watching their faces as they tried the figs when they tried the Greek food! As the weeks have continued, the children have looked at the history of the ancient Greeks and studied their democratic system. The children have drawn some fantastic pictures of rich and wealthy Greeks and used chalk and pastels to create portraits of the Gorgon Medusa. 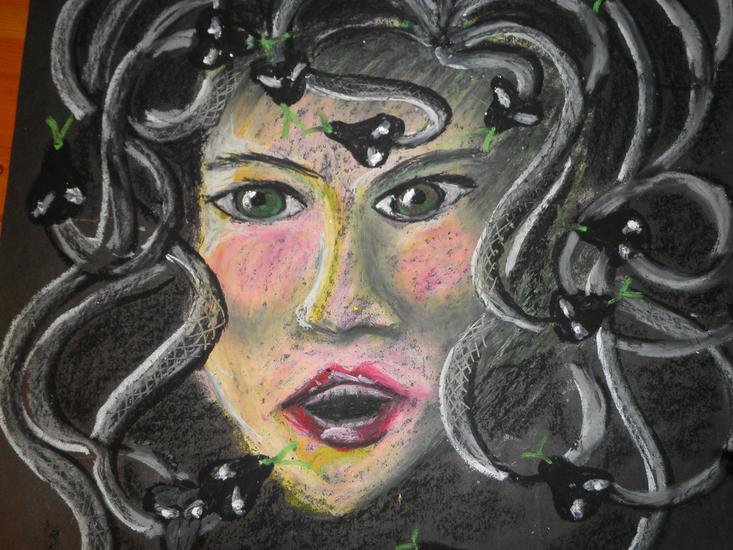 The children have also explored the lives of both rich and poor Greeks, the importance of the Trojan Horse and compared lives of Spartans and Athenians. Using their links to the Greek myths which the children become familiar with in English, the classes have all managed to compare the lives of a variety of Ancient Greek civilisations to their own life.

Music madness! The children have created a graphic score for the song jingle bells and loved performing it!