This December, we have all started thinking about how we can carry our excellent progress into the New Year.

Continuing with our theme of 'Greek myths', we began the month by creating characters that would feature in our own Greek myths. This included both a main character and a mythical monster. We spent time ensuring that we had extensive descriptions of these characters and a setting. As the month drew to the end, we planned, wrote and edited our Greek myths, featuring this information.

Miss Newbury's Maths class have finished their unit on multiplication and division and practised using the column method of addition and subtraction.

Mrs Smith's Maths class have focussed their attention on applying their four operation skills to solve perimeter and area problems.

This month we drew to the end of our topic, 'Ancient Greece'. To finish, we researched the human and physical features of Ancient Greece and used those facts to create holiday leaflets to persuade people to holiday in Ancient Greece.

We continued our unit of 'forces' this month. Our forces of focus were water resistance and friction. We learnt about the key features of these forces and then experimented the effects of them and how other variables can affect them.

As the weather gets colder, we have been preparing ourselves for assessment week and the return of Christmas!

We began the month by writing our own spine poems, using the stimulus of storms at sea. This lead us onto exploring the Greek myth of 'Odysseus'. Using this text, we wrote in the role of Poseidon and we created newspaper reports discussing the return of Odysseus.

This month we have returned to our separate Maths classes.

Miss Newbury's Maths class have focussed their attention on multiplication and division, especially focussing on their 3 and 4 times table.

Mrs Burns Maths class also continued their work on multiplication and division, focussing in on the 7 and 9 times table.

We have continued learning about 'Ancient Greece' this month in Topic. The children have explored the lives of rich and poor citizens of Ancient Greece, highlighted the importance of the Trojan Horse and debated the differences between living in Ancient Athens and Ancient Sparta.

We have begun a new topic in Science this month. We have started to learn about 'forces'. The children have identified a range of forces and completed a number of experiments to explore the effects of gravity and air resistance. 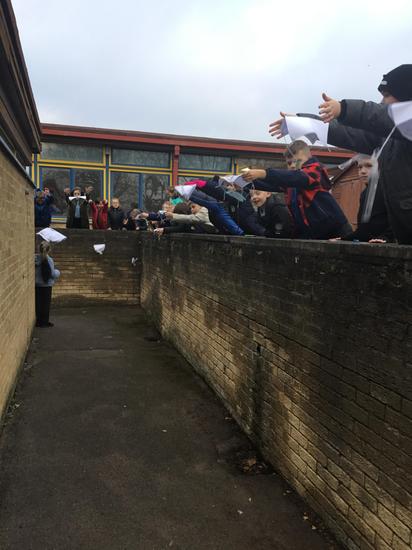 As a class, we have made a depth of progress throughout this month. We have celebrated Halloween amongst our learning and have become much more secure with our new year groups.

Throughout October, we have continued to explore Greek myths and focussed on 'Theseus and the Minotaur'. We began the month by writing non-chronological reports about the Minotaur and finished the month writing instructions explaining how to kill the Minotaur.

We spent the month of October exploring addition and subtraction in Maths. We focussed on using the column method to add and subtract and used the process to solve two step problems.

This month, we continued with our topic of 'Ancient Greece'. We have explored the events of The Battle of Marathon and created information cards of facts relating to Greek gods and goddesses.

We have continued our topic of 'properties of materials' in Science this month. The children have explored insulation, electricity and separating materials throughout a range of experiments. 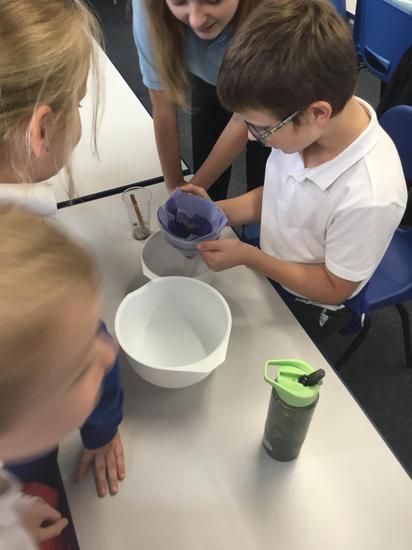 Throughout September, the children worked extremely hard on the transition into years 4 and 5.

We began the term exploring the Greek myth of 'Perseus and Medusa'. We read the text, explored the features of Greek myths and wrote descriptions of the creature, Medusa.

During the month, we worked a great deal on our knowledge of place value in Maths. The children rounded numbers, compared numbers and counted in a variety of multiplies.

This month, we have begun our topic of 'Ancient Greece'. We have explored a range of activities relating to how the Ancient Greeks lived and key aspects of their lifestyles. For example, we have written and read using the characters of the Ancient Greek alphabet, created a timeline of some of the key events and explored the democratic systems of Ancient Greece. 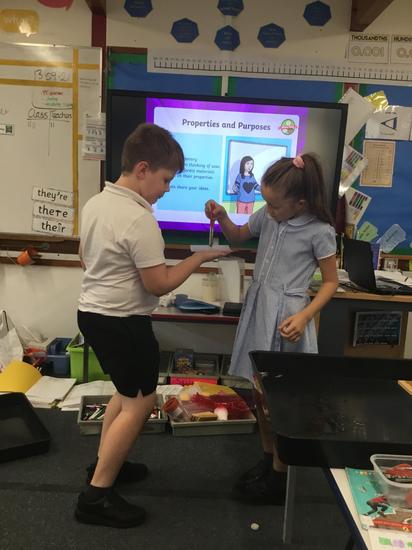